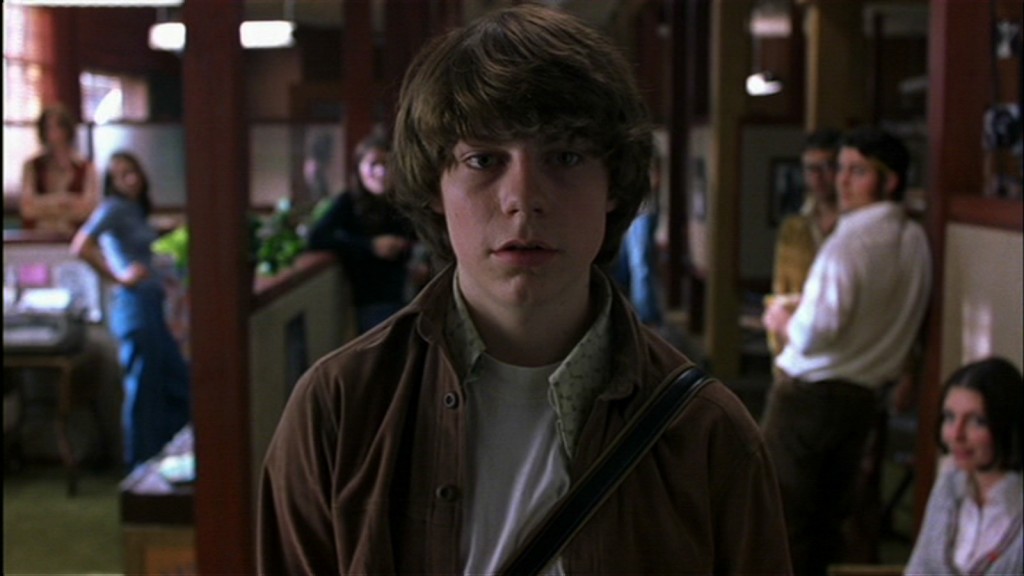 The first Sunday I appeared on television as a political commentator, I was also scheduled to attend a Milwaukee Brewers baseball game later in the day.  It was March of 2008, and the show was on in the morning, while the game was in the afternoon.

Before the game started, I wondered whether anyone would actually recognize me from the show – it was, after all, on one of the four major networks in the Milwaukee TV market.  What if I said something someone didn’t like and they took a swing at me?  What if people wanted to talk to me about politics?  I briefly considered wearing some sort of disguise.

When I got to the game, in looking for my seats, I walked from one end of the stadium to the other.  I received not a single look, not a comment.  I then retraced my steps, walking the length of the stadium and back again.  Still nothing.  It appears my instant fame had somehow gone missing.

I would soon join a small, but interesting subset of people in the media: those who work in the public eye, but aren’t actually “famous.”

Humorist John Hodgman describes himself as a “minor celebrity.”  This is apt – he has a small, but intensely loyal following (among which I count myself).  But on the rungs of fame, there are people who are even below “minor.”  They are the people who live normal lives, who have regular jobs, but whose faces are in public from time to time.  They aren’t “famous,” they are merely “recognizable.”

Until last week, I hadn’t even been in the “hey, you’re that guy from that thing” crowd.  But a dad at my daughter’s basketball game started pointing at me and saying my name over and over.  It was the first time I had ever been recognized in public, and I pray that it’s the last.

I’ve had friends point out that complaining about being noticed in public is a “humblebrag.”  But being a marginally notable person is frequently unsettling.  Before people meet you, they often have preconceived notions of what you’re like and how you think.  I’ve had total strangers recite back personal facts I’ve written in my blogs that I had forgotten I long ago disclosed.

For the few people who know who you are, your public persona always precedes you – and you never know who might admire your work and who can’t stand you.  But they’re out there in the public, walking among us, and it’s impossible to tell who they are.

I’ve had local TV reporter friends tell me horrifying stories of people approaching them in the grocery store, commenting on their appearance or on-air demeanor.  Lisa Manna, who used to be a morning anchor in Green Bay, told me she once received a manila envelope filled with pornographic pictures.  The eyes were scribbled out and her name was written on the women.  The pictures were accompanied by a letter detailing the things this man would do to her, which earned her a police escort to work. And of course, this is all for a job that doesn’t pay a great deal – working in TV news isn’t exactly a license to print money.  Stations know there’s always someone else coming up the ranks willing to do your job for cheaper.

One female reporter who does frequent live reports from downtown told me there are some people who will watch the broadcast, then rush over to where she is to confront her about something she reported.  The most annoying thing, she said, is being recognized when she’s in an awkward place – like, sick at the doctor or at the gym after working out.

And, of course, in my line of work, not everyone is favorably inclined to your work.  Small cadres of anonymous critics frequently whip up online fiction in an attempt to demean me.  The comments sections on my stories are always full of people thinking I’m corrupt, or bought and sold by this group or that group.

Would they say that to my face?  Do I actually unknowingly talk to any of these people on a regular basis in real life?  It’s entirely possible – I’ve had creepy anonymous commenters say they’ve known me from working with me in the past, before they rip me in their diatribes.  Did I ever actually really know that person? I’ll never know – but they’re using our alleged interactions to bolster their supposed knowledge of how I “really” am.

These are the times when I think it would be nice to have a job that wasn’t so public.  I’ve often dreamed of a life just making sandwiches at Cousin’s Subs, where people wouldn’t flock to the internet to deride my hoagie making skills.  Would be nice to be able to accomplish something at work without being accused of being under the influence of Big Mustard.

Typically, being a notable person is seen as a trade-off; you put up with people recognizing you in exchange for wealth or influence.  But trust me, the marginally recognizable enjoy neither of these advantages.  Surely, Leonardo DiCaprio has his critics – but he can blow them off by spending a weekend churning through a private island stocked with super models.  The merely notable are resigned to having a drink, rolling up in a blanket, and watching Leonardo DiCaprio movies, helping him in his quest to buy an extra island.

I do have several advantages, however.  The picture that accompanies my photo in the newspaper was taken before I needed glasses.  And as Superman has taught us, throw on a pair of thick rims and literally nobody – not even your love interests – can recognize you any more.  Also, I am frequently unshaven, looking as if I was off to do some modeling for the “JC Penney for Hobos” catalog.  (I also look like a lot of other people – if I ever got any public comment, I assume it would be someone saying, “man, Keanu’s really let himself go.”)

Oddly, enough, ancillary stardom is something more and more people now seek.  Young women armed with only cell phones now become “Instagram models,” which seems a little bit like being a “Twitter comedian” or “Facebook novelist.”  It used to be that one would create something worthy of notoriety, then benefit from that exposure.  Now, more people seem to believe fame is an end in itself.  Not for me.

Of course, none of this is enough to keep me from doing what I love for a living.  But being someone that other people form public opinions about is something I’m still getting used to – maybe I never will.  Until then, I’ll keep being a walking contradiction – a newspaper columnist that doesn’t particularly like attention.