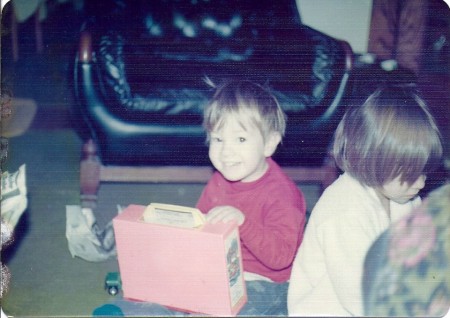 “Youth,” Oscar Wilde once said, “is the one thing worth having.”

As I exited my youth and aged into my thirties, and now forties, I felt much the same.  How nice it would be to once again get out of bed without my ankles shooting pain through my legs.  My belly button has begun to flee my abdomen as if it had just robbed a bank.  At age 42, a good bit of every day is devoted simply to being a human in the world – exercising, trying to eat well, finding new places I need to shave – all things one takes for granted in the prime of youth.  I feel like they should build a statue of me outside my house every time I successfully get my socks on.

But while most of our culture is geared towards making me feel terrible about succumbing to the horrors of aging, I’m starting to feel good about getting old.  In fact, I wouldn’t swap being 42 for being 21 for anything in the world.

So I thought I’d jot down some of the benefits of being a near-senior citizen.  Y’know, before I forget them all.

Most of my early 20’s were spent with all my possessions in the back of my car, and all my money paper-clipped together in an envelope.  I worked primarily as a waiter, stuffing dollar bills in my back pocket after a shift.  I had no credit, no bank account, and couldn’t afford to pay attention.  The extent of my money management skills was knowing it was better to bounce one big check rather than a series of smaller checks, since you only have to pay the one-time bad check fee.

When you’re old, those days have passed – you typically have savings, can afford to eat, and can pay for a stable roof over your head.  I can buy the car I want, rather than my dad paying the neighbors $200 for a rusted-out 1981 Chevette with a bumper sticker that says “I Brake for Unicorns.”

And, of course, having money leads to…

There’s a reason I perfected the art of bonging cheap beer in college – because it was typically terrible, and I wanted to get it in my stomach with as little interaction with my taste buds as possible.
But when you’re old, you have no time for bad alcohol.  (That is, unless you are trying to be an Ironic Drinker, in which case the worse the beer, the higher your stature.)

The secret of “old drinking” is that the more expensive the booze you buy, the less of a hangover you end up with.  Drink all the 12-year old scotch you want – a couple of ibuprofen before you go to bed, and you wake up ready to wrestle an alligator.  If college students figured this out, it would bankrupt them all.

Old drinking is also preferable because people don’t judge you nearly as much for engaging in it.  If you drink a lot when you’re young, people worry about its long-term effects; it could cost you jobs, relationships, and keep you from reaching your potential.

Once you hit 40, drinking at home isn’t a sign of loneliness, it’s an adorable personality quirk that doesn’t really hurt anyone.  People aren’t like, “aw, now poor Christian’s never going to be an astronaut,” they’re more like, “yeah, seems about right.”

Whenever I go back and read a column I wrote just a week earlier, I think of all the things I learned in the days since it was published.  And it feels like someone else entirely wrote the column.  I picture myself just a week earlier, being naïve about how the world works and not really knowing what I was talking about.

Now multiply this by a thousand weeks, and you get a sense of how much I feel I’ve learned in the past 20 years.  Would I give up all the things I’ve seen, all the events I’ve experienced, and the books I’ve read just to be young again?  Of course not.  To surrender my experiences would be to entirely change who I am now, which is way too risky of a proposition.

That’s not to suggest young people don’t know things.  I’m just partial to the things that I know.

Everyone remember the famous Wooderson line from Dazed and Confused – “That’s what I love about these high school girls, man – I get older, they stay the same age.”

What Matthew McConaughey’s creepy-but-still-cool character doesn’t realize at the time is that his own perception of the opposite sex will change as he gets older.

When you’re a young man, you’re obviously attracted to girls your own age – older women seem out of reach. (This seems different for young women, who are more open to dating older men.)  If you’re a 25 year old guy who prefers 40-year old women, you’re viewed as kind of a weirdo. But as you age, you begin to find women your own age attractive – your preferences grow older along with you.

In my 20s, I spent a lot of time experimenting with things out of my comfort zone.  I listened to all the music I could get my hands on, no matter how avant garde; at one point in college, I found myself listening to a CD of a German band who made music by banging on shopping carts with spoons.

When you’re old, you no longer need to pretend to be into things you’re not.  You are free to do what you wish with the few remaining years you have on this earth.  If all your young hipster friends demand that you like The National, you just shrug, and say “not for me” and move on.  Your time left on this mortal coil is too valuable to dabble in ephemera.  And especially not when “The Bachelor” is on.

When you’re older, you get to have children.  And the wonder of having kids narrowly cancels out the glory of not having them.

Further, having kids immediately brings clarity and focus to your life.  No matter how disjointed or scattered your life was up to that point, once a child emerges, you know exactly what the purpose of your life is.  From then on, you cease to be the author of your own biography – your life story is being written by a 10-pound human.  And your only reason for existing is to take care of that mini-you.  You could pay a life coach a million dollars and they wouldn’t convince you to get your shit together like a baby does.

Even if you’re old and technologically savvy, you can always use your age to get you out of uncomfortable situations.  If someone from work texts you with immediate instructions, take your time – you can always say something like, “all these blinking lights confuse me!” or “what’s this internet I read about in the newspaper?”

People Listen to You

For some reason,  when you’re old, people automatically assume you know what you’re talking about.
It is true, that when you age, you have perspective.  If any one emotion characterizes youth, it is the belief that one is the axis upon which the universe turns.  But the older you get, the more you see the world around you and grasp your relative insignificance.  It’s nice knowing that fads will come and go, and the world will not cease to exist.  You just sip your expensive alcohol and enjoy the ride.

Connection to a Specific Time

Perhaps this one is more personal, but not only do I like being old, I like being old exactly at this time in history.  It means I got to be in college during a revolutionary era in popular entertainment – the “grunge” era – when artistry and skill was actually valued.  I wouldn’t trade the experience of being body passed to Jane’s Addiction at the first Lollapalooza for Mumford, his Sons, or his Grandsons.

I love that I grew up before the internet, so I know what it’s like to not have to feel like I’m missing out on every news story, joke or meme.  I can find my way to places without using GPS, and I can have arguments without having to dive into my iPhone for information to back me up.  I love that when I was ten, my parents would kick me out of the house with instructions only to be back by dinner time – a practice that led to a great deal of tree climbing, garter snake handling, fort building, and basketball shooting.

Christopher Hitchens wrote that “A melancholy lesson of advancing years is the realisation that you can’t make old friends.”  It is true, nobody will know you like the friends that you had when you were kids.  They’ve seen you at your best and your worst, and kept you around for all of it.

But being older and having a strong connection to a specific era with someone else is actually a pretty decent stand-in for long-term friendship.  Meeting someone your age and realizing they, too, thought Pearl Jam was overrated is a solid foundation for future friendship; and the older you are, the more cultural touchstones you are able to share with other people.

George Bernard Shaw is often credited with saying something along the lines of, “youth is wasted on the young.”  But I, for one, refuse to accept this as my fate.  The young can have their youth – I have my memories. If only I could remember them.

Live on “JS on Politics”