Tuesday night’s utterly predictable recall election win by Democratic State Senator Dave Hansen of Green Bay followed the usual protocol:  At about 9 p.m., Hansen strode to the podium at his victory party and predicted Democrats would take back the state senate when other recall elections are conducted in August. 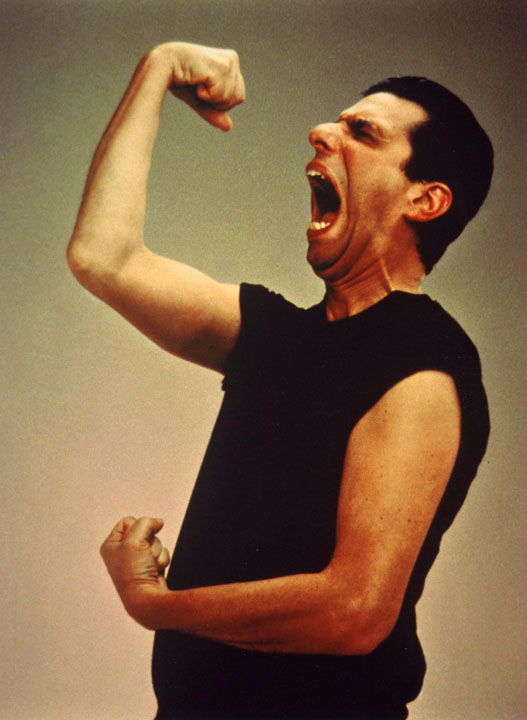 But Hansen’s speech was followed with a bizarre appearance by – and this is not a joke –  Jon “Bowzer” Bauman of the ‘70s faux-greaser doo wop group Sha Na Na, who congratulated the Democrat on his win and predicted more big wins by Democrats in future recall elections.  Cashing in on Sha Na Na’s biggest hit, Bowzer eschewed any attempt at dip-dip-diplomacy, predicting Republican state senators would soon have to “get a job.”  (If there was any question that everyone in America was on drugs in 1972, that last clip will put that doubt to rest.)

Under normal circumstances, such an appearance by a D-minus list celebrity would have been scary and a bit confusing.  But since the Wisconsin collective bargaining fight broke out in February, Wisconsin has been flooded with once-notable celebrities whose name you thought would never pass your lips again.

On February 26th, a rally was held outside the state capitol featuring guest speaker Gabrielle Carteris, best known for her role in the early 1990s as high school virgin Andrea Zuckerman on Beverly Hills, 90210.  (And best known to everyone under the age of 35 as “who?”)  Carteris, who portrayed Zuckerman at the age of 30, has primarily been employed as a video game voice-over artist for the past decade.  Apparently Luke Perry’s sideburns were booked and couldn’t make it.  (Or, worse yet, they support Scott Walker.)

Following Carteris was Guiding Light actor Robert Newman, who is best known by people who mistakenly think he is Paul Newman.  The event was emceed by former Billy Madison foil (and West Wing alumnus) Bradley Whitford, who actually is kind of a star, but hails from Wisconsin, so he shows up for every lefty rally in Madison.  (Whitford would later disavow his role in Billy Madison, which is a considered a criminal offense by anyone who owns the first four Pearl Jam albums.)

A March rally featured Green Bay native and “Monk” star Tony Shalhoub, whose sister works as a public school teacher in Wisconsin.  Shalhoub was joined by Susan Sarandon and the ubiquitous Jesse Jackson, who became as much a part of the protest scene as “Scott Walker is Hitler” signs.  Rage Against the Machine guitarist Tom Morello showed up to rally the crowd, apparently undeterred by the crushing defeat I handed him in a Guitar Hero battle on Playstation two years ago.

In fact, Wisconsin is probably best known for its fictional celebrities.  Large chunks of this summer’s Bridesmaids and Transformers 3 were filmed in Milwaukee.  Leonardo DiCaprio’s character in Titanic supposedly hailed from Chippewa Falls.  Fond du Lac was the fictional childhood home of There Will be Blood’s Daniel Plainview, who is best known for drinking other people’s milkshakes and clubbing them to death with bowling pins.  And let’s not even get started on the Fonz, who is memorialized in downtown Milwaukee with his own bronze statue.

As for the recall elections, it’s not as if Senator Hansen needed the much-sought-after “1970s fake greaser doo wop band” voting bloc to come through for him.  When Republican Assemblyman John Nygren failed to garner enough signatures to make it to the ballot, it left the GOP without a serious candidate to challenge him.  The only Republican left running owed $25,000 in back property taxes and had been arrested four times on domestic violence charges.  (His campaign slogan of “my wife is a crazy alcoholic” didn’t quite match “Yes We Can!” for inspirational value.)

Yet while spending weeks pointing out what a terrible candidate the GOP was running, now Democrats are crowing about Hansen’s re-election, as if it was some monumental triumph that signals momentum for the anti-Walker cause.  It does not.  It merely signals that voters prefer their state senators to dabble a little less in domestic violence.

The state now moves on to the remaining eight recall elections, in which six Republicans and two Democrats are in danger of losing their jobs.  And as for celebrity sightings, voters will certainly be moved when Weezie shows up at the capitol arguing that fish don’t fry in the kitchen, but concedes that beans may, in fact, burn on the grill.

Panning for Signatures in Ohio