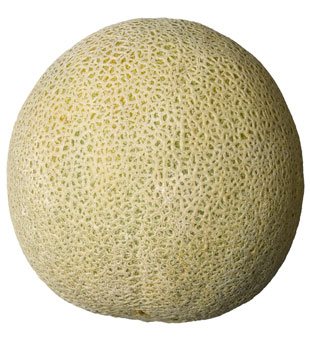 You’ve already heard 2010 is going to be a terrible year for incumbents.  Due to the disastrous policies of the Bush administration (and not Congress, where I have sat for 18 years, the last two with my party in complete control), the American public is upset.

And despite my best efforts to pass a law keeping produce from running against me, here I am – stuck with a melon beating me in the polls.

Just look at it – it looks like the kind of cantaloupe that would support the same policies as NEWT GINGRICH and SARAH PALIN.  Rumor has it this cantaloupe’s name has even been mentioned by the likes of GLENN BECK and RUSH LIMBAUGH.  And if I think of any other unpopular names that I can mention in the same sentence with the cantaloupe, I’ll get back to you.

In fact, it was just a few months ago that Kentucky senate candidate Rand Paul mentioned that he’d like to roll back elements of the Civil Rights Act.  And the cantaloupe just STOOD BY and said NOTHING.  In fact, I can’t remember this melon explicitly saying anything supporting the Civil Rights Act, which of course was passed 45 years ago.

Come to think of it, I never recall the cantaloupe ever saying explicitly he opposed drilling for oil in the great lakes.  And since my campaign is desperate enough to spend millions of dollars on ads decrying things the melon didn’t say, I should accuse it of wanting a BP-style oil spill on the shores of Lake Michigan.  Why even stop there?  I never heard the cantaloupe say it opposed ripping up your kitchen floor and drilling for oil there.  That’ll be a real vote mover.

Part two of my strategy will be to hurl epithets at the cantaloupe, knowing that most press outfits will dutifully start incorporating them into their stories if I say them enough.  If I repeatedly call the cantaloupe an “out of touch millionaire,” the Associated Press will begin referring to the melon in that manner.  (After making a salary of over $150,000 for 18 years, I am only worth $165,000, which I think actually makes people more likely to want me manage their tax money.) If I falsely accuse the cantaloupe of benefiting from a government agriculture subsidy, the media will run with it – even after some television stations ask me to pull a misleading ad I’m running using their footage.

Who knows – maybe I can go on national television and accuse the cantaloupe of being a communist sympathizer.  (This would be particularly ironic if I currently held the seat of the Senate’s most notorious red-baiter.) Who’s going to stop me?  The press?  They’re the ones trying to use the cantaloupe as a springboard to get their own names on the national news wires.  If I got caught buying a bag of crack in the inner city, they’d write a glowing article about how I’m getting drugs off the streets.

There are dozens of time-tested strategies I can use.  I can offer to debate the cantaloupe 24 times (a common trick of candidates behind in the polls), then express outrage when it agrees to any number less than the one I have capriciously picked.  I can express outrage any time the cantaloupe mentions my name in an ad, saying it’s “mudslinging.”  I can try to tie the cantaloupe to any intemperate thing said by any member of an organization that normally supports produce.

Clearly, the cantaloupe has picked up momentum by merely not being me.  And that hurts my feelings.  So I will continue to run a dual campaign – on the one hand, trying to convince people I have the dignity associated with an 18-year veteran of the Senate, while also making mind-numbing charges that even the cast members of “Jersey Shore” would consider beneath them.

And, of course, if the cantaloupe doesn’t respond, it means it is probably a communist.