Over the weekend, I was rooting around in some old junk in the basement, and came upon a journal I kept when I was six years old.  (Don\’t ask why a first grader would keep a daily journal – clearly, I had a lot on my mind.  Although it figures that I would be a blogger well before anyone had a computer.)

At the time, I was living in Hawaii while my dad was stationed there for military duty.  The entries begin in March of 1980 and run until May of that year, when we moved to Virginia.  Interspersed between scribbled pictures of Star Wars, Star Trek, and King Kong were timeless passages like these: (click on them to make them bigger)

On April 8 of 1980, I touch on something that would be a theme in my life for the next couple of decades:

Notice that I never said I actually caught any of these girls that I was trying to kiss.  And that I denied it until the bitter end.  Six year old pimpin’ ain’t easy.

Earlier in April, I discussed seeing a movie called “The Wax Museum,”  – I think I was referring to the 1973 movie “Terror in the Wax Museum.”  I still kind of vaguely remember seeing it.

Also in April (date unknown), I tell what must have been the first joke I ever wrote down:

On April 15, I returned to the subject of chasing girls at recess.  At this point, I had recruited my own little gang (called \”The Braves\” to help me. We even had our own cheer.) 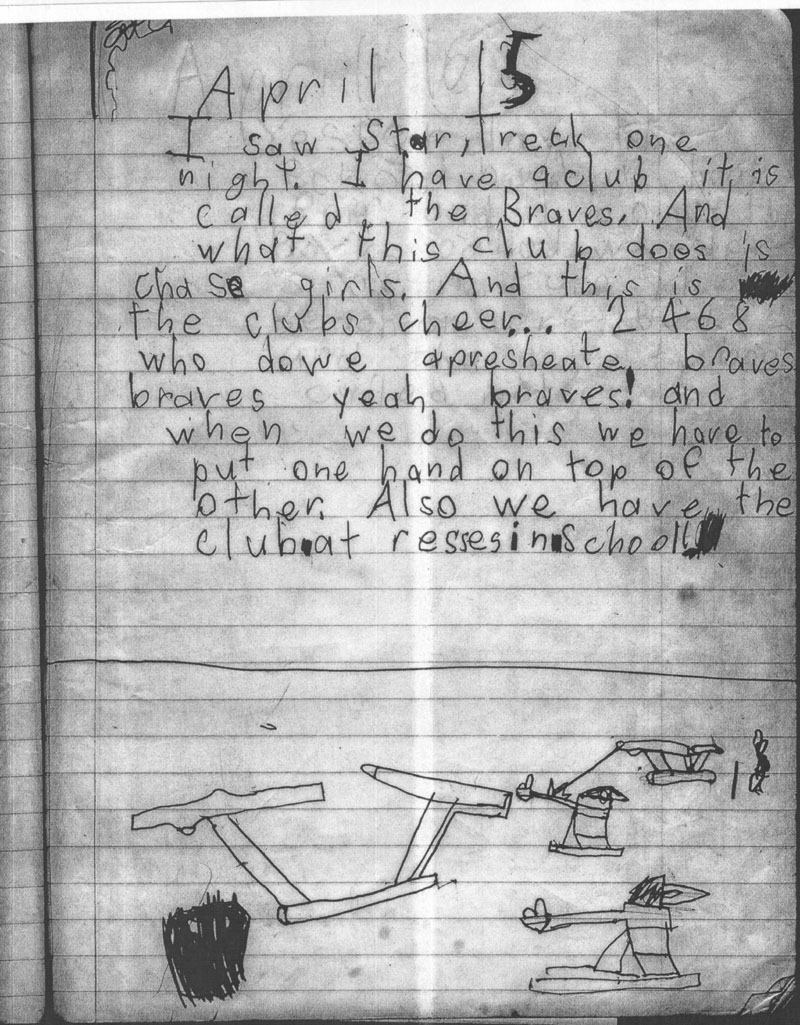 Clearly, to be a member of The Braves, you also had to be able to draw the U.S.S. Enterprise from Star Trek.

Finally, in this one, I tell the tragic story of what happened when someone stole my lei. (Remember, we were in Hawaii:) 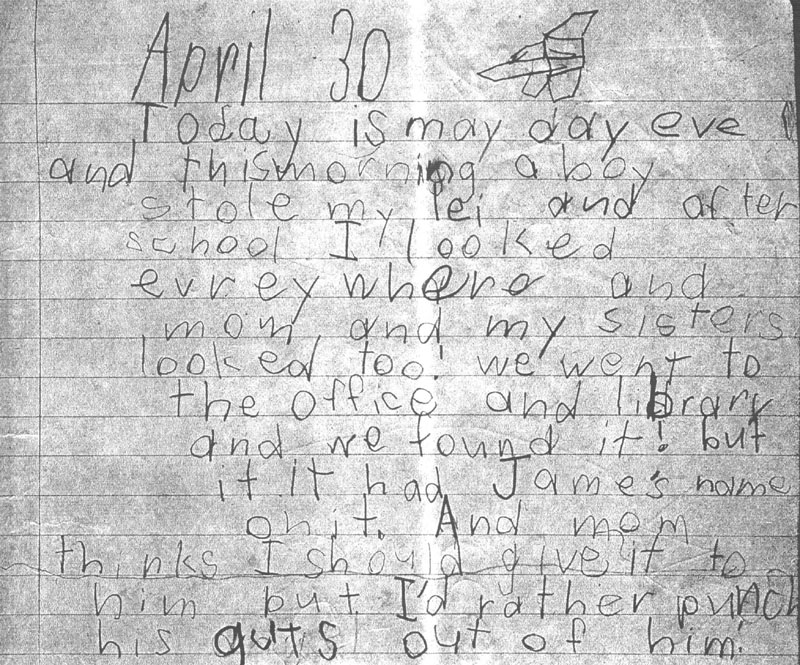 That’s right, James – I’m still looking for you.  Thirty years of revenge is about to be exacted on your “guts,” my friend.  All for stealing a flower necklace that was likely purchased for fifty cents.  You better hope I never find out what your last name was.

And there’s a lot more.  I recognize this is all self-indulgent, but it’s amazing to catch a small glimpse at was rattling around your brain at six years old.  It gives you just a little portal into who you were when you think you were someone else completely.

Here’s the website of the school I attended.  Go Cougars!