The other day, an article showed up in the Washington Times that argued the GOP is going to mount a serious challenge to long-time Democratic Northern Wisconsin Congressman David Obey.  They mentioned the frontrunner as District Attorney and one-time MTV “Real World” star Sean Duffy.  The article says “it is thought” that Duffy would be the first reality show participant to join Congress – obviously oblivious to Flavor Flav’s two terms in the U.S. Senate.

But the highlight of the story comes at the very end, when the article dutifully mentions the GOP longshot candidate, Daniel Mielke.  Mielke gives his rationale for why voters should support him:

While the state party is not taking sides in the Republican primary, the tension between the two Republicans is evident.

“I think we need a candidate who is electable. I believe I’m that candidate,” Mr. Duffy said.

Mr. Mielke countered that his unpolished style would play better with voters disillusioned by Mr. Obey’s work on the stimulus bill.

Mr. Duffy is “more of a polished, celebrity-style politician,” Mr. Mielke said. “I’ve got a beard, and I’ve worked my whole life.”

You hear that voters?  HE HAS A BEARD.

Certainly a good enough reason to support Mielke’s hirsute candidacy.  Although if Mielke wins the primary, he’d have to go against Dave Obey, who…ALSO HAS A BEARD.  It would be a Old-timey Northern Wisconsin Beard-Off.

Although clearly, Obey’s beard isn’t good enough to earn him a spot in the Wisconsin Historical Society’s “Great Beards of Wisconsin” online exhibit.  (That’s not a joke – it actually exists.) 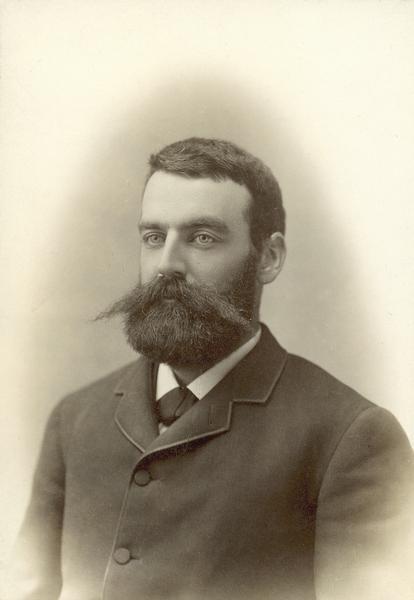 (Full disclosure: I am an occasional beard wearer myself, although I have not accepted any campaign contributions from my beard.)

This Involves Me… How?

The Lobbying Class in Madison Just Got Bigger