Look Out for Pterodactyls: Here Come the Democrats

I’ve posted about this before, but this most recent example just clarifies the blatant hypocrisy from both lawmakers and the teachers’ union.

Last week, Governor Doyle announced he would consider “cuts” to K-12 education as a way of making up the additional $1.6 billion deficit the state has recently identified.  (A “cut” simply means “not giving teachers as much money as they want,” even though total spending will continue to increase.)

Of course, when the state aid increase to school districts is scaled back, districts will simply raise property taxes to make up the difference.  Apparently, Democratic lawmakers are taking steps to cap these tax increases.  From last week’s Wispolitics Report:

Without changes to the revenue limits, the cuts to state aid that Doyle and lawmakers are considering could be backfilled with property taxes to make up most of the difference.

But sources familiar with talks going on between the administration, legislators and school officials said revenue limits on school districts could be tightened to limit the impact on property taxpayers, or there could be a reduction in the per pupil adjustment.

Perhaps you remember such a scheme to hold down property taxes in the face of smaller increases in state aid.  Legislative Republicans proposed similar plans for eight years running – with Governor Jim Doyle vetoing all of the property tax freeze proposals that got to his desk. 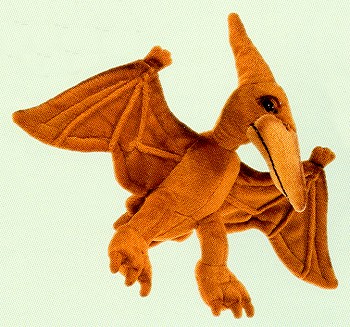 In fact, in 2003, WEAC reacted to a proposal similar to the one being proposed by Democrats now by saying it would “return Wisconsin to the Ice Age.”  In the last budget, when Republicans proposed tightening revenue caps to allow an increase of $100 per pupil, Democratic Senator Bob Jauch said he had “a hard time understanding the Republican compulsion to take a meat axe to the children of this state.” Joint Finance Committee Co-Chair Russ Decker said the proposal was like “putting a gun to the head of public education and to students.”

It appears Doyle and legislative Democrats have been doing a little shopping at Menard’s, as they now appear willing to both wield a meat axe and aim a shotgun at our children.  The budget Jauch and Decker will end up voting for might end up being bloodier than the entire “Friday the 13th” movie franchise.

Perhaps the most vocal critic of a plan to cap property taxes was Governor Jim Doyle, who in his 2003 budget veto message, said:

The Republicans in the Legislature had a different approach. Instead of focusing on the problems with the state government’s budget – problems they played a key role in creating over the last decade – they tore a page out of the discredited playbook of the last Governor and pointed their fingers at the leaders of our local communities and schools. They tried to distract attention from their unfair cuts and sham budgeting by resorting to political gimmicks and slogans.

The arguments against their levy limits are numerous, but at the heart is a very basic Wisconsin value: We in Wisconsin have believed for more than 150 years that local communities know best the needs of their citizens.

That value – trusting our communities to make wise decisions – has served us well in education. It has given us schools that are the envy of the nation. Our children consistently perform at the top of national tests. They are our future. In order for Wisconsin to prosper in an increasingly competitive global economy, our children must have the very best education available to them. Our teachers work very hard to deliver that education, often under extremely difficult circumstances. Making children and teachers the victims of the state’s fiscal mess is irresponsible and inconsistent with Wisconsin’s values.

Is Doyle going to issue a press release condemning his own plan making “children an teachers the victims of the state’s fiscal mess?”  Or does he save that rhetoric for Republicans when they hold one or more of the houses of the Legislature?  Amazing how things change when one party runs everything and you don’t have a reliable bogeyman on which to blame everything.

I can’t wait to hear all the outrage from the teachers’ union when this new plan goes into effect.  More likely, we’ll hear praise heaped upon our lawmakers for “making the tough choices” and showing “fiscal discipline.”

Of course, these aid “cuts” wouldn’t be necessary if the state merely required government employees to kick in a little to their own retirement accounts.

A Very Special Message from WEAC

Putting the “Employee” Back in “Employee Contribution”