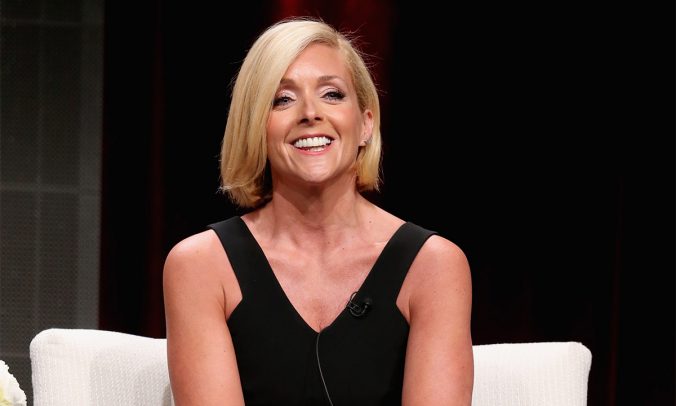 In the past few weeks, I have had any number of insults directed at me. I have been called a “traitor,” a “liar,” and been accused of “treason.” But I want to distance myself from perhaps the most insidious calumny that may soon be hurled my way: I have never dated beloved actress Jane Krakowski.

If I were to be accused of such a misstep, it would no doubt overshadow all the good I have done for the last year, from inciting an armed insurrection against the nation’s government to spreading lies about the security of voting machines, to pitching miracle cures for the COVID-19 virus. My run of positive media coverage simply couldn’t take the hit if I were accused of once having romanced the beautiful and winsome star of such shows as “30 Rock” and “The Unbreakable Kimmy Schmidt.”

Think of the damage such a rumor could do to my persona as the leader of unimpressive white men! Just the other day, a young man with tears in his eyes approached me and said “please tell me you haven’t been involved with the multi-talented host of “Name that Tune” airing at 9 ET/8CT on FOX.” I slapped him in the face for even making the suggestion, and he thanked me effusively, indicating he now had a reason to continue living.

I have had one acquaintance suggest to me that an unfounded accusation of being a stone cold lover that beds starlets may be a boon to my public persona. “Nonsense!” I yelled to him as he handed me a sampling of Vienna sausage on a toothpick. I didn’t care who in Costco was aware of my displeasure!

If the FAKE MEDIA is allowed to go around and destroy powerful men by accusing them of bedding starlets, will there be no end to the witch hunt? Innocent men in offices across America will no doubt be brought down for an unfounded suggestion that they once took Tootie from the “Facts of Life” to Applebee’s!

In fact, I already had to fire one employee simply for admitting he once had amorous feelings for Janice from Dr. Teeth and the Electric Mayhem band!

Clearly, being tied to a charming and funny personality would be a catastrophe for the three employees at my company, MyCravat. It’s a neckerchief, but…slightly different! And on the strength of nonstop late night television ads, we have sold almost several!

Yet for some reason, our products have recently been pulled from most big box stores, forcing me to sell MyCravats in Bed, Bloodbath and Beyond, the nation’s largest retailer of products for anti-government-based domestic terrorists. It’s your lucky day when you’ve been taken hostage using their lavender-scented zip ties!

To prove I am serious, I have sent up a charity to fend off others who may have been accused of dating Jane Krakowski. With any contribution of $100,000 or more, you will receive one free MyCravat and a complimentary visit from the FBI to search your home.