Are All “Special Interests” Created Equal?

“There are no political phenomena except group phenomena.”

Americans all agree – there is no more vulgar term in politics than the label “special interest.” “Special interests” are blamed for all the worst government failures – the economy, health care costs, rising fuel prices, Joe Biden’s hair plugs.

So what is a “special interest?” Generally speaking, it’s a group of people to which we don’t belong, lobbying government to do something that we don’t like. (Groups that we are members of and with which we are aligned are generally glowingly referred to as “grassroots organizations,” or “advocacy groups.”)

As it turns out, it appears Americans have a constitutional right to form groups to lobby their government. It’s not like one of the phony “rights” people claim these days (like the right to be told that Froot Loops doesn’t actually contain fruit) – it’s actually right there in the First Amendment, which grants the “right of the people peaceably to assemble and to petition the Government for a redress of grievances.”

This is essentially the U.S. Government’s customer service policy – if you don’t like what they’re doing, you have a right to convince them to change it. (This is far superior to the customer service policy at Sears, where you will not be allowed to redress your grievances if you try to return an opened pack of men’s underwear.)

In fact, special interests are vital to democracy. Government has gotten so large and expansive, individuals simply can’t affect change on their own. Many of the most important political movements of the past century have been led by groups such as the NAACP, anti-war interests, and groups representing the disabled. Political scientist James Q. Wilson once compared government to a human body – where individuals are the atoms that form organs (special interests) that allow the body to function. (In this metaphor, Congress is most likely the colon.)

So special interests are necessary to secure the interests of their members – without them, the only power would be that of the government. Elected officials could run roughshod over the public, without any checks and balances. But are all special interests created equal?

When you hear “good government” groups denouncing special interests, they are virtually always criticizing groups that represent business interests. Business groups almost universally want government to recede. They want lower taxes, so people can keep more of their hard earned money – then spend that money on all the junk they sell, like the preposterous “Hoodie Footie.” (The hug you can wear.)

Several major groups in Wisconsin fall into this category. At the forefront is Wisconsin Manufacturers and Commerce, which is constantly vilified for their advocacy on behalf of the business community. But they are not alone – the Wisconsin Realtors Association and Wisconsin Builders Association both love lower property taxes, as it makes it cheaper for people to own homes. The Wisconsin Restaurant Association recognizes that more money in peoples’ pockets equals more trips to Qdoba.

On the other hand, there are special interests that seek to expand government’s influence. To these groups, higher taxes and more government regulation is in their members’ interest, as they feel the services they provide are meaningful and necessary.

At the forefront of these groups is WEAC, the state’s teachers’ union. Any attempt to scale back education funding increases is portrayed by the teachers’ union as akin to poisoning children with arsenic, then setting them on fire, then taking a “meat axe” to them, then poisoning them with arsenic again. They lobby for higher taxes in the name of funding “adequacy” and “fairness.”

Right behind WEAC are other government-related unions, which advocate for things like “prevailing wage” laws, which funnel more money to their members. Trial lawyer organizations seek government action allowing them to reap greater amounts via lawsuit. Native American tribes need new laws granting them expanded gaming at their casinos, and lobby to make it happen.

(If there is anything positive to be said about environmental special interests, it is that their members appear to be motivated by things other than financial interests. They just want to be able to listen to Fairport Convention on their iPods while minnows swim through their toes. However, this doesn’t make them any less annoying.)

So here we have two distinct types of “special interests:” one type that advocates lower taxes and less regulation so citizens can keep more of their income, and one type that advocates higher taxes and more regulation so they can divert more of that income to their members. They are as ideologically as different as can be – and yet they are both always derided by the broad “special interest” tag.

In fact, as mentioned, it is almost always businesses – who are the ones lobbying for lower taxes and more liberty – that bear the brunt of anti-special interest sentiment (see addendum below.) And sure, businesses are looking out for their own interests – but only because it benefits them to let me make my own decisions with my income. Somehow, business interests that want me to keep my own income are “greedy,” while the teachers’ union’s attempts to pad their own nest egg at my expense are just “looking out for the kids.”

(SIDE NOTE: Of course, WPRI is often derided as being a shill for big business and what not. In order to disprove this charge, I have waited until the very end of this column to mention that this commentary is brought to you by EGGO WAFFLES.) 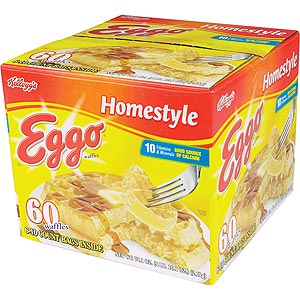 To prove all this corruption, the WDC looked at business tax receipts from 1979 – when they were at an all time high – and saw that business taxes comprised 11.3 percent of general fund revenues. Then they compared those revenues to 2002 – when the U.S. was in the midst of a recession – and found that taxes accounted for 4.2 percent of general fund taxes. They then calculated what business tax receipts would have been in 2002 had they been at the same level in 1979, and deduced that “corruption” was costing taxpayers $1.34 billion per year.

This is like saying that since Prince Fielder hit 50 home runs for the Milwaukee Brewers in 2007, he should be expected to do it every year. And since he only hit 34 in 2008, “costing” Brewers fans 16 home runs, he must be taking bribes from the Cincinnati Reds.

Let’s look at corporate taxes as a percentage of the general fund according to the Legislative Fiscal Bureau:

As you can see, corporate taxes in 2001-02 comprised 5.02% of the general fund in 2001-02, not 4.2%, as the WDC claimed. Then, lo and behold, the percentage began to climb – until it reached 7.05% in 2007. But aren’t businesses corrupt? Did they decide to start paying more in taxes because they decided to somehow be less corrupt? Where was that WDC press release?

The answer, of course, is that this is a flawed measurement of businesses’ tax effort. For instance, if businesses leave the state or if their tax receipts are down, it makes it look like they’re paying less in taxes. If individual taxes go up, or the number of citizens paying taxes increases, it looks like businesses are paying less in taxes. There are literally dozens of reasons these numbers could fluctuate – and none of them can be attributed to “corruption.” (It is also obvious how ridiculous it is to compare tax receipts to the 11.3% of 1979, as the number has hovered around 6% for over a decade.)

So there you have it – any time the Legislature passes a bill creating an expensive new prescription drug benefit for seniors, it’s not “corruption.” When a school district grants new health insurance benefits to retired employees, which they don’t know how to pay for and will one day swallow up half their payroll, there’s no special favors to be found there. It’s only bogus manufactured business numbers that demonstrate “corruption.”

Why Running Shorts Need to be Better Labeled