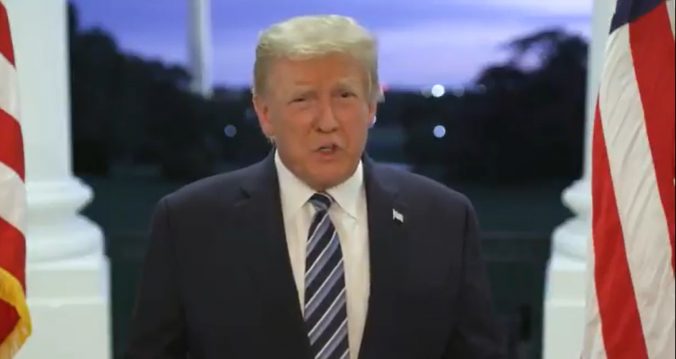 When news of President Donald Trump’s positive COVID-19 test came rolling in on Friday last week, social media enthusiasts sprinted to their phones to shout how “crazy” this year has gotten.

“The writers of this season of America have lost it,” read the typical joke passed on in various forms on Twitter, suggesting the president’s diagnosis was a “plot twist.”

But the opposite is true: If the writers of this season of America pitched a script in which a president who consistently downplayed the threat of a deadly virus for months then contracted that very virus, they’d be laughed out of the room for being too predictable.

In fact, the most damning aspect of Donald Trump’s coronavirus infection is not the fact this it was inevitable, but that it was exceedingly evitable.

Since March, Trump and his acolytes have courted disaster, mocking masks and other preventative measures. They have gone to court to strike down mask mandates. Each indoor Trump rally has become an individual World Series of viral expectoration. (Sadly, the Milwaukee Brewers did a better job this season protecting its employees from COVID than the White House did.) 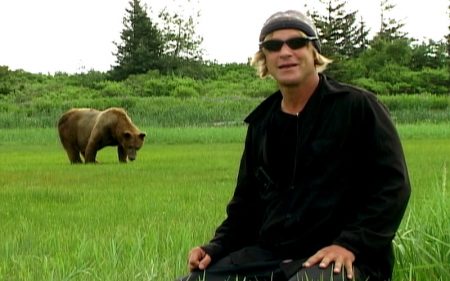 Like Grizzly Man subject Timothy Treadwell, the erstwhile surfer/actor who moved to Alaska to live among the bears only to become an ursine hors d’oeuvre, Trump has disregarded an important lesson: Nature is undefeated. Coronavirus doesn’t cower under the weight of taunts – the path of its spread cannot be altered by a sharpie on a map.

Or, as the character Doctor Senator (played by Glynn Turman) said in this week’s installment of the show Fargo, “You wish to think that you can control things, that’s why God created tornadoes, to remind us.”

Equally predictable as the outbreak within the White House has been the reaction of Trump’s fans to the news.

“Remember: China gave this virus to our President @realDonaldTrump and First Lady @FLOTUS,” tweeted U.S. Sen. Kelly Loeffler, whose Georgia seat is up in November. “WE MUST HOLD THEM ACCOUNTABLE,” she said of China.

Remember: China gave this virus to our President @realDonaldTrump and First Lady @FLOTUS.

WE MUST HOLD THEM ACCOUNTABLE.

In order for this to be true, the Chinese would have had to develop a mind control technology that forced President Trump to sit maskless in a room doing debate preparation for days with members of his inner circle that have also tested positive for the virus. The Chinese would have engineered a crowded reception in the Rose Garden after which a number of U.S. Senators emerged COVID-positive.

And, of course, Trump’s fans predictably began to demand a dignity and decorum from Trump’s critics notably absent in the president himself. Trump famously mocked Hillary Clinton when she had pneumonia in 2016, and just two days earlier had taunted Democratic opponent Joe Biden for wearing a large mask while out in public.

But suddenly, pointing out the rich irony of a president contracting a disease which he has been downplaying for months while putting millions of Americans needlessly at risk was deemed out of bounds for the new civility police. They wail at a perceived cruelty and disregard for decorum while explaining away the actual cruelty and disregard for decency Donald Trump has displayed since he began running for president.

As it turns out, Trump’s opponents just needed time for this double-standard to make itself apparent in spectacular fashion. Not only did Trump tempt fate with his dismissal of the disease, he actively courted it. In fact, if there is anything we have learned since February, it is that the people who publicly mock coronavirus are the ones most likely to contract it – call it the “Rudy Gobert rule.”

In order to believe the White House outbreak is a “plot twist,” one must ignore the fact that it was completely predictable and preventable. Unfortunately, while Donald Trump may disagree, life is not a television show and often times bad decisions have disastrous consequences.

It is why Herman Cain’s Best Actor award this year will be awarded posthumously.