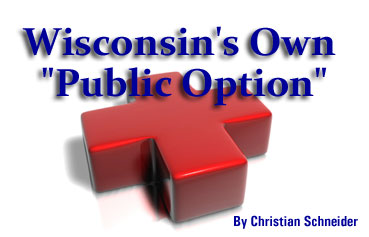 It’s a given that both sides of the health care debate feel that they have the high road when it comes to compassion. But the goal shouldn’t be to confuse mere action with progress. Lawmakers would be best to heed Robert Frost’s admonition that it is more important to “do good well.”

At the center of the debate is the idea of a “public option:” a government-run health program that liberals say would merely compete with private plans for customers.

Conservatives counter that historically, when a generous government plan is instituted, private businesses tend to scale back or even drop their health plans, so their employees can save them money by going on the public plan. As a result, taxpayer funded health programs grow much faster than originally anticipated, quickly driving governments into the red.

History is replete with examples of how government health care programs have escalated quickly, devouring public funds as fast as taxpayers can write their checks. As pointed out by Michael Tanner of the CATO Institute:

In 1967, the House Ways and Means Committee predicted that Medicare would cost $12 billion in 1990. In reality, the program cost over $110 billion that year. In 1987, Congress estimated that the Medicaid Special Hospitals Subsidy would reach $100 million in 1992. The actual cost exceeded $11 billion.

Wisconsin, where 45% of individuals who have health care receive it through some sort of government source, has its own example of a health care program run wild. Wisconsin’s BadgerCare program, enacted in 1997, should serve as a warning to those who believe costs can easily be contained within a tidy public program.

Since its inception, BadgerCare has proven to be a difficult program for which to accurately estimate costs and has now grown into a much more costly program than originally envisioned. Enacted in 1997, BadgerCare was intended to provide health insurance for individuals below 185% of the federal poverty level (FPL), but above the 133% cutoff for MA eligibility. The thinking was that people in the gap between 133% and 185% would pay a premium for health care, while those under the 133% level would continue to receive cost-free benefits. Once in the program, people could stay in the program until their income reached above 200% of the FPL.

At the time the Legislature began considering the new program, their Fiscal Bureau was warning them of the possibility that employers may respond to such a generous new program by dropping coverage for their employees. A September, 1997 Fiscal Bureau memo seems prescient in retrospect:

“It should be noted that without sufficient regulation, over time, the cost of expanding MA coverage under Badgercare could increase if under BadgerCare, employers with significant numbers of low-wage employes choose to no longer offer employer-subsidized health benefits or to lower employer subsidization to a level below 80%.”

The first drafts of BadgerCare legislation had enrollees paying 7% of their income in premiums to participate in the program. Charging premiums for this group was thought to “encourage personal responsibility and move individuals from government support toward self sufficiency.”

In the final bill, the Legislature reduced the premium to 3% of an eligible family’s income. Additionally, families with incomes up to 143% of the FPL were eligible for free care; up from the initial 133%. The program was funded through a mixture of general purpose revenue, expected premiums paid by enrollees, and federal matching funds. The LFB estimated that at the 3% premium level, the program would serve 19,600 children and 22,800 adults, for a total of 42,400 enrollees.

When the program went into effect in 2000, the results were somewhat of a surprise, given the expectation that cost sharing made people “self sufficient” and low premiums saved money in the long-term. In the first quarter of enrollment, the program welcomed 23,151 new enrollees (6,298 children and 16,853 adults). By the end of 2003, that number had grown to 114,237 enrollees (37,839 children and 76,383 adults).

The cost of BadgerCare increased commensurately. In Fiscal Year 2001, the first full year of the program’s operation, the Legislature spent $129 million in all-funds revenue on BadgerCare. By Fiscal Year 2004, merely three years later, that number had nearly doubled to $205.6 million.

The introduction of a new, high cost program like BadgerCare couldn’t have come at a more stressful time for the Governor and the Legislature. In 2003 they were dealing with the aftereffects of the 2001 recession and, as was the case in nearly every state, tax revenue plummeted leaving the state budget with a $3.2 billion budget shortfall. Every program, including BadgerCare was put under the microscope in search of savings.

In response to both the fiscal challenges and policy concerns, the Legislature began to make changes that trimmed the BadgerCare program. In the 2003-05 budget, new requirements were added that:

It was clear to the Legislature that BadgerCare costs were unsustainable given the fiscal condition of the state. The action taken by the Legislature worked. Enrollment in BadgerCare began to fall in 2004. The program had reached a high water mark of 114,237 enrollees in March 2004; by September 2006, that number had dropped to 94,034. Accordingly, the cost of the program also fell. As noted, in Fiscal Year 2004, $205.6 million was appropriated for BadgerCare. The next year, appropriations for the program fell to $188.6 million, before climbing to $194.4 million in fiscal year 2006 – likely due to the rapidly rising cost of health care.

Proponents of an extensive new federal program argue that government health care doesn’t necessarily mean “rationing” care. Yet within six years of enacting the BadgerCare program, Wisconsin had to do exactly that. The arguments that somehow health care would cost less if people got more care clearly didn’t ring true in Wisconsin, which has one of the highest rate of insured citizens in the nation. Instead, health cost ballooned quickly until they were reined in. In fact, BadgerCare was so unsuccessful at making health care more affordable, legislative Democrats have been pushing a statewide single-payer program for several years.

It is often said that states are the “laboratories of democracy.” Here in Wisconsin, we’ve gotten out our lab coats and Bunsen burners and tried massive government health care programs, to no avail. The federal government would do well to heed the lessons we’ve learned here.

The Legislature’s Disorder of Succession