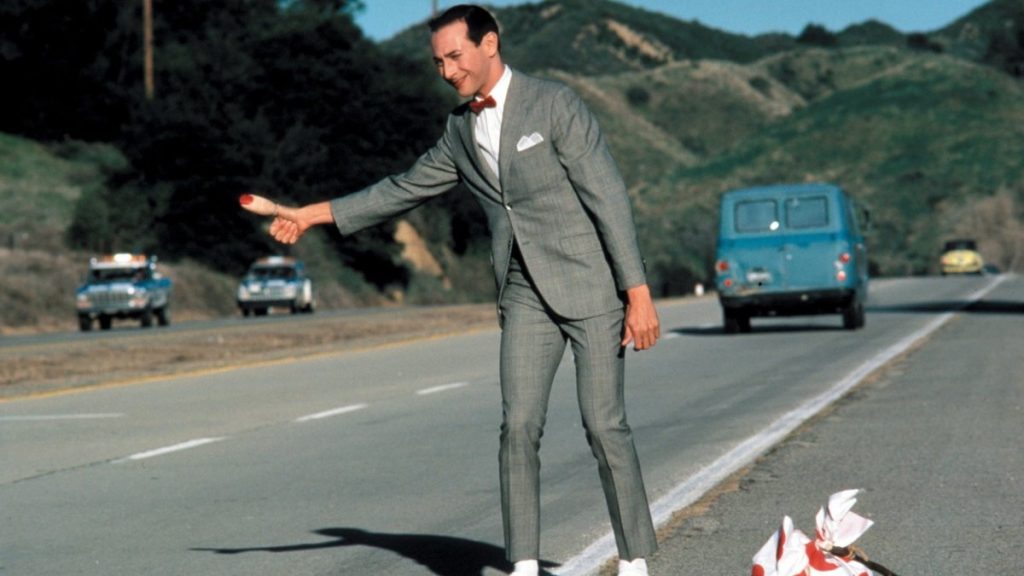 A couple years back, a liberal writer friend of mine suggested we work together on a project: we’d take a cross country trip and keep a journal of our discussions. His elevator pitch: “What would a conservative and liberal talk about in the car on a road trip?”

I told him I presumed I would talk about the usual things I discuss with my liberal friends. Sports, movies, music, sandwiches, girls, work, funny drinking stories, how I got the scars I have, why dogs are great, mustaches, World War I, Twitter, Harley Davidson motorcycles, what animals you think you can beat in a fight, etc.  All the usual stuff.

In short, everything but politics.

(Also, this “cross country, cross-ideology road trip” idea was the conceit behind Michael Ian Black and Meghan McCain’s book, “America, You Sexy Bitch,” which I keep on hand in the event I ever plunge into depression thinking nobody will ever publish my book.)

The lesson, of course, is that as regular people moving around in the world, we all have interests that may overlap or diverge, but that have nothing to do with political affiliation. It’s find to have an ideology, but honestly – people who identify themselves politically before everything else are a total bore.

I was just thinking about this in the wake of rock star Chris Cornell’s shocking and saddening suicide last week. On social media, Cornell’s fans began to emerge to express their sadness and pay tribute – and it crossed ideological and cultural lines in way few things on Twitter or Facebook do.

I was particularly struck by an ode to Cornell written by conservative Weekly Standard writer Mark Hemingway, who I’ve always enjoyed following on Twitter. On most things we align politically, but sometimes we don’t.

But aside from politics, who knew Hemingway played in a rock band in Seattle in the early 1990s, or that he has an encyclopedic knowledge of the history of grunge music? How many conservative writers can painstakingly break down the unique time signatures of Soundgarden’s biggest hits?

As a lifelong Cornell fan, I immediately felt a kinship with Hemingway in a way I never had before. And the same goes with progressives that began popping up on my social media timelines telling their stories about their Chris Cornell fandom. I’ve reached out to some of them and been able to talk about a common interest I never expected to share with them. (In 1992, I saw Soundgarden in Milwaukee when they shared a bill with Blind Melon and Neil Young; it was just after Cornell shaved off his famous long locks of hair, and thinking he looked awesome, I went right home and did the same thing. He looked like a badass – I looked like an eraser.)

That’s what makes Twitter and other social media venues such an odd thing; people are so desperate to lord their moral superiority over others, we miss out on the things we actually have in common. How many of the same people out there that are quick to slam my politics would have fun sitting and talking about how I think Pee Wee’s Great Adventure is the pinnacle of American movie making? Or my theories about how one day plastic surgery is going to be so good, we won’t be able to tell the young from the old, and people who look like teenagers are just going to start dropping dead in the streets? (That one’s kind of a thinker.)

I mean, I’m proud of being a libertarian-leaning conservative; but it’s really a small part of the things that comprise my brain. It seems we spend most of our time fighting over a small percentage of who we are, and we’re missing out on all the other connective tissue that makes us a society. We’re neglecting the “social” part of “social media.”

Of course, there are no people more irritating than the “can’t we all get along” hippies that complain about gridlock. It is incumbent on people who have ideas about government to fight for their convictions, and conflict is an important part of the system of checks and balances. As the saying goes, if you think government runs too slow, wait ’til you see the damage done by one that acts too fast.

But for too many people, politics is now all we know about them, and it makes them far easier to dismiss. Cardboard cutouts are easy to knock down – if you think people aren’t interested in your thoughts about culture or movies or music, you’re wrong. And you might be missing and important connection with someone who shares your thoughts, as weird as they may be. We’re all riding in cars of our own ideologies, never slowing down to meet the other travelers on the road to ask what they’re listening to.

In the early days of the internet, scientists marveled at its potential to bring people together; instead, it has fractured us over political lines. Or, as David Burge put it in a profound set of tweets in January, “10-15 years ago, the internet connected me with best friends I never knew; now it’s the least pleasant thing in my life.”

As Burge correctly counseled, “Shared politics are shitty basis for a friendship.” So stand up and fight for what you believe in, but always remember – literally the least interesting thing about you is your politics.