Assembly Democrats and Big Oil, Sittin’ in a Tree… 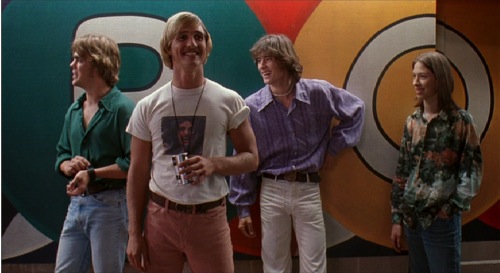 For years, we have heard the constant refrain: BIG OIL IS THE DEVIL. Big oil is gouging us at the pump.  Big oil is killing single mothers, whose budgets are already stretched thin.  Big oil caused that rash you have.  Big oil is crouched under your couch, hiding your remote control whenever you walk out of the room.

Four years ago, Governor Doyle was going to solve this problem – he was going to stick it to Big Oil and tax them more, then say they couldn’t pass the tax on to consumers, who are already being punished at the pump.  Apparently, Doyle made this public proclamation without bursting into laughter, as everyone knows it’s impossible to know exactly why oil companies raise or lower their prices.

Then, suddenly, in this budget, something strange happened.  Assembly Democrats changed the “oil franchise fee” to allow Big Oil to pass it through to drivers.  So while Democrats had vilified oil companies for years, now suddenly they were doing them a HUGE favor and sticking the new tax to consumers, instead of Big Oil.

Think of it this way: Assembly Dems were lured into Big Oil’s smoke-filled love van.  Big Oil gave them some Strawberry Boone’s Farm that someone’s older brother had bought them, then Big Oil put on “Led Zeppelin IV” and they began the awkward makeout process, high-school style.

So at the end of the day, they join “forces” with the designated bad guys to agree to one thing: raise the tax, and make the consumers pay.  Is this what the Assembly considers “bipartisanship?”  And more importantly, what time did Big Oil have to get the Assembly Dems home before their parents grounded them?

*If you don’t know what “TLA” means (True Love Always), then you obviously never carved this into a tree in honor of a 13 year old girl.  I mean, when you yourself were 13, not when you were 35.

Cutting the Pork Many Ways